Auto pilot to the petrol station

Not sure what happened on this strange Monday a few weeks ago.  I was on auto pilot all the way to the uni and when the petrol gauge flashed, I thought I better buy some gas. I have been thinking of refuelling at my normal station, but thought I had enough petrol for my next trip to uni. Somehow, I decided to fill up. Big mistake. 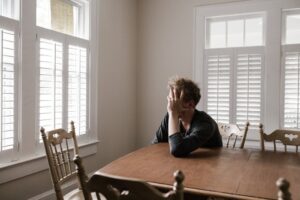 Anyway, I turned into the petrol station and whilst still on auto pilot grabbed the nozzle and started filling the petrol. After a few seconds, I realised I didn’t check the nozzle and behold, it was a petrol nozzle and I use diesel. Holly cow, that brought me to my senses. The attendant thought because I had only put in a few litres, if I topped it up, it was may be ok. I did and it all seemed ok. I made it to uni and even made it home. But I was not entirely happy. I have heard of cars stopping and all sorts of nightmares by the side of the road. I decided not to take the risk. You know what, many people have done this as well (my consolation). There are companies that specialise in helping poor souls like myself to empty their tanks.

A quick search on the internet and I found a company. Within an hour, a remarkable man appeared, he was sympathetic as best as you can to a fool who made such a big but simple mistake. He has heard it all before. He makes his living thanks to people like me, who due to a momentary lapse in concentration have to pay dearly for their mistakes. I hope it will never happen again. Lesson learned.

Whatever happens, be happy to laugh at yourself. Things could have been worse.

This won’t happen if I have an electric car :-). Maybe its time to consider buying an electric car, but knowing me well, it will probably run out of juice.

Brand loyalty on a new level