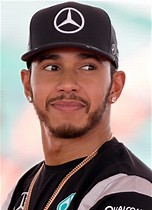 For those who love speed, formula 1 car racing is the ultimate place for speed and there are no shortages of talent in that sport. If you are not familiar with the heroes of formula 1, let me introduce you to the current champion and five times holder of the post. Lewis Hamilton aka LH44 (his initial and car number) is the ultimate boy racer. When he is ahead of you, the chances of passing him are very slim indeed and when he is behind you, you can feel the dragons breath on your back and it burns through to your bones.

So, we have the champion and the challenger is no other than a phenomenally talented 21 year old Dutch driver. His father was also a racing champion, but boy o boy, this guy is a driving machine, he is fearless and has already broken more records in the 3 years he had been driving than most drivers in a life time. There is no doubt that his plan is to break many records and unless LH44 is at his best, this guy will destroy every record broken by LH44.

Max Vestappen; MV33  is a young, incredibly talented and fearless competitor. MV33 also known as Mad Max does not mind risking everything for a win, that has earned him the reputation of mad Max. We will stick to calling him by his initials and the number on his car (MV33). MV33 won the race on the 28th July 2019 and was definitely full of confidence for the race the following week. The Hungarian Grand Prix.

For the better part of that race, MV33 was in front and several attempts by LH33 who was managed to get himself into the 2nd position was futile as he made several attempts to overtake the young man but failed miserably, but the champion was not going to give up.

Here is the importance of strategy and boldness. The champion asked his team what he should do and they agreed that it was going to be impossible to overtake the young man unless he made a mistake, the champion was not sure this guy will bulge under pressure. The decision was made to risk it all, the champion was never happy with being second best, so the team decided to bring the champion in for fresh tyres, but the decision meant that MV33 was given a breathing space for more than 20 laps.

The champion was not sure about the strategy to bring him in for fresh tyres, but his race engineer wanted the champion to chase down the young gun and he did with the ferocity of a hungry lion pursuing a get away prey and it paid off, with only a couple of laps to go, the champion got his man and the strategy to risk all for a win was a great one.

Businesses may sometimes want to keep to a strategy that is working but bold steps are  needed to make an impact. Everyone will remember Nokia sitting comfortably with more than 60% of the mobile phone handset market, but consumers wanted more than just reliable and rugged mobile phones. Along came the Blackberry smartphones which were later upstaged by the Android and iPhone of this world.

Never be happy sitting pretty at the top, others will fancy your position and will be working hard to overtake you. Keep it fresh and real.