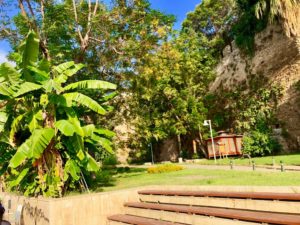 It is not only the rise in the Extinction Rebellion campaign that has brought the issue of the environment to the fore front of global news. Scientists have been warning us about the impact of our activities for many decades.

Entrepreneurs have been looking at different ways of using alternative energy sources. Only a decade or so ago, Solar electricity generation was on the fringe and only for the very few who are keen to use an alternative source of electricity generation. Many governments are now keen to meet their commitments to reduce their carbon emission foot print. The need to do this has led to some governments providing limited subsidies for those interested in installing solar panels. But the numbers don’t add up for many companies and households because going green is still expensive and payback period rather long. The numbers need to add up to provide us with the incentives to switch.

The tide is changing and there is a rise in the use of solar energy. We are now so dependent on electricity generation that most people in the developed world will be scandalised if they don’t have power for more than a few minutes in a year never mind a day.

How can entrepreneurship and innovation solve problems relating to our dependency on electricity when the generation of electricity from fossil fuels create a serious impact on the environment?
The use of solar or alternative sources of energy is the future of electricity that may help to reverse some of the current environmental issues, yes it’s only a drop in the ocean at this moment, but as solar electricity generation becomes mainstream, the cost of batteries and other accessories will be cheaper. It will then become normal to drive electric cars, electric or solar powered planes will fly the skies and hopefully reverse some of the damage caused to the environment.
This is why I believe we need to encourage entrepreneurs to help find solutions to these critical issues.