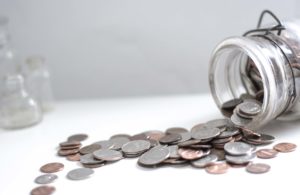 The World bank estimated that that there are around 258 million people who live outside of countries of births as at 2018. These people send money back to help those left behind in their home countries. These remittances account for a substantial percentage of GDP for many third world countries. The global remittance market was worth $690 billion in 2018. The remittances are mainly to support families and friends back in their home countries. Indians in the diaspora alone send over $79 billion back home according to World Economic Forum ( www.weforum.com) with $50 billion going to sub Sahara Africa.

In countries like the Philippines, these remittances can be as high as 10% of GDP, in many it’s around 3-4% of GDP which out stripes the foreign direct investments by multinational companies for most developing countries. In the meantime, most countries give a lot of incentives such as tax holidays to foreign investors who contribute less to their economies.

Economists believe that giving aids to people in developing countries may not be helpful without adequate support on what to do with that money. The remittances therefore have to be directed to help the people to invest the remittances rather than use them for everyday expenses as the culture of dependency will continue and research has shown that aids rarely get the recipients out of the predicament, if anything it can make the situation worse, unless appropriate support is provided with the money.

So for those sending their  hard earned money back to home countries, be sure or at least try to encourage the recipients to put  the money to good use that will then lead to independence rather than continued dependency. You may not always have the funds to send home yourself as the economic conditions may change for you as well.

One thing is certain, the spirit of humanity to help others is as strong as ever.

Dr. Ade Otukoya PhD is an associate professor who specialises in entrepreneurship and finance
Www.enterprisedoctors.com