This is one of rules that I try to go by, it does not come naturally for most of us. Putting other people before us is not easy. Imagine being hungry but allowing others to eat before you. Parents and carers only know this too well.

According to Napoleon Hill, the famous American author of ‘Think and grow rich’ and many classic self help books,  the ‘golden rule’ is about doing to others what you want them to do on to you. This is also the principle of doing more than expected. In order word, it’s going the extra mile. Helping others to fulfil their dreams and you will also gain by it. There are several examples of how the golden rule applies.

Why helping others is good for us

When we help others we seem to get it paid back many times over, but when we pursue wealth or our own self interest, things don’t normally work out. Don’t get me wrong, it is natural to be selfish. We mostly look after number 1, right?

People make progress when they help others. The biggest progress we have made in life comes when we help others. There is a saying that if you want to be rich, find a way to make others rich first and wealth will come your way. When we help people to get what they want, then we get rewarded as well. 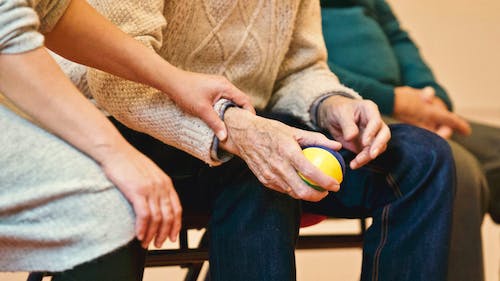 The golden rule therefore is about thinking of others first. The essence of entrepreneurship is to serve others. The stories of the most successful people seem to be about progress for others. Henry Ford decided to pay his workers $5 a day, which was more than twice the going rate at the time in the 1920’s. The result was that the best workers tried to work for the company, they were so happy working that productivity went through the roof. Ford’s dream was to get every one to enjoy the pleasure of driving cars than just the few rich. The same is true of the Wright Brothers. Their goal was to see people get to their destinations faster using the aeroplane.

Helping others to achieve their goals is a better way of achieving ours. Praise others as generously as you can, give them credit and encourage them as best as possible. This is another of Hill’s reason why some people are more successful than others. People are willing to work for the leaders who readily praise and encourage them.

Successful leadership is about serving others

Some people are successful because of their ability to interact with others or because they are able to form good relationships with other like minded people. This ability to form relationships with others to the mutual benefit of all is what he referred to as the Mastermind alliance. At the base of the golden rule is a desire to help others to achieve their goals. You will achieve your goal if you are willing to help others reach their own goal.

Greed is not necessarily good

At a time when it is common to see leaders and managers make their people redundant when the numbers are not looking good, they would rather sacrifice the little minions than forgo their bonuses. Bob Chapman is a great example of a leader who refused to make his staff redundant when the company (Barry Wehmiller)  was in a financial mess. This singular act of sharing the pain amongst everyone so that non of them will suffer is really about looking everyone rather than just ourselves.

If you are interested in Bob Chapman, 8.29 of this video talks about what ethical leaders do. They look after others first.

There is no limit