This is another article about the experience from my trip to Nigeria.

Nigeria has one of the largest groups of under 30’s in the world. This group are at their productive best and will be consuming items for many years to come. The country also has a huge middle class with all the trimmings, so despite all the concerns about the problems and issues in Nigeria, Shoprite, the Nigeria’s answer to Tesco in the UK and Walmart in North America is growing at an alarming rate.

Anyway, back to my experience, there was a critical factor that I noticed amongst the growing middle class. This group of people love their expensive cars. I roughly worked out the prices of these new Range Rovers, Mercedes G Wagons, Hummers and even the rare Ferraris. These cars on their own are insignificant, except that they are mostly owned by people who live in houses that cost less than half the cost of the cars.

Here is an example, a man has 3 cars roughly costing #120million Naira, the house he lived in costs less than #20 million, if purchased, but he decided to rent the house and a year later defaulted on his rent of #2 million per year. The best advice, make it and then fake it as you haven’t made.

The average Nigerian worker retires between 7 and 12 years before his / her Western counterpart and does not get his or her pension on time, most of that pension will be eaten up by inflation anyway, so he or she lives at the mercy of his children.

If pension payments are a time bomb waiting to happen in the developed countries, I can only imagine the sufferings that will happen in Africa 30 years from now if care is not taken. 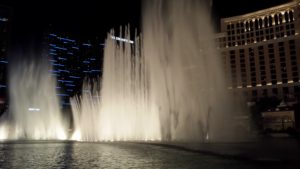