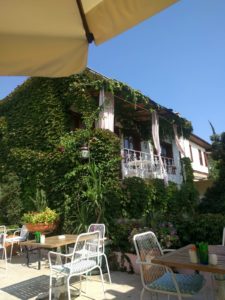 In October 2019, the 2019 Nobel prize for Economics was announced. The winners were AV Banerjee, M Kremer and E. Duflo based on their book titled “ Poor Economics: A radical rethinking of the way we fight global poverty”. The book immediately went to the top of my reading list.

I have a special interest in development economics and the eradication of poverty or at least the reduction in the level of poverty. The book was an easy read even though it went into the usual graphs that economists use to explain circumstances. One thing that struck an accord from the beginning was the simplicity of the book and how it tried to tackle everyday issues of poverty without being too analytical.

Over the years, many economists have propounded the different ways of tackling poverty and underdevelopment. There are people who disagree with providing Aids to help kick start economies and people in need of help, others believe Aids are needed to lift people and economies in need.

There are examples of countries that have received Aids and turned their fortunes around such as Rwanda after the genocide, but for every Rwanda, there are several others that have just lived permanently on Aids without making any progress. The same principle applies to people. The story of the Kenyan farmer who had struggled to make ends meet was provided in the book. The farmer was given some fertilisers which was all he needed, the fertilisers increased productivity, his farm thrived and he became a very successful farmer. The point was without the help he needed, he would not have turned into a successful farmer.

The issue was not whether the help provided to the farmer was the trigger for his success but whether he could have tried other options if left to his own accord. Of course the farmer was struggling and may not have achieved his goals without some form of help. Did the farmer though need Aids in the form of fertilisers or technical support would have sufficed. Others might argue that what he needed was a radical way of sourcing fertilisers rather than the help he was given. The farmer, pushed to the point of extinction or desperation might have thought of a better way of sourcing fertilisers. The help provided could have been counterproductive as he was given help when in fact he should have been allowed to find a different solution even if that meant buying or asking for suppliers of fertilisers to supply him what he needed in smaller quantities.

It is always good to provide support, but sometimes what is needed is not charity, grant or Aid, but education and opportunities about alternative ways of thinking. Historically, Aids to developing countries have always had strings attached to them that may do more damage than good. A different way of thinking might be all that is needed or technical expertise or just an entrepreneurial method of finding solutions to problems.

Many people applauded the Nobel prize for the worthy winners because theirs was a genuine desire to help to elevate the sufferings first so many. A huge congratulations to the team.

Read the next article on the importance of utilising remittances sent by immigrants from the diaspora.